I know I post a lot about how I love being single and I don’t need a man and all that jazz, but it has taken work to get where I am.

I had my first relationship from age 19-21. Back then, the “plan” was to get married as soon as I graduated college. That was the thing to do. That’s what the culture is here. I remember in 2007 (when I was in that relationship) we went to SEVEN of our friends’ marriages. SEVEN. IN ONE YEAR. (Of course this doesn’t include the playing music in strangers’ weddings, these were just the friends’ weddings..) Marriage was in the air. I thought I was next. NOW, I am so thankful that I was not next. But, back then, when I thought the guy was “the one”, when I got dumped the day before Valentine’s Day (2008) because he met another girl on a camping trip, I was devastated. It took me maybe 8 months to get over that heartbreak.

Looking back I know that I lost myself in that guy. I wanted to see him every day, I wanted to like the things he liked, and I changed my personality to suit him. That was WRONG.

I have never lost myself like that again and will never do that again. Sure, I’ve been in a few other relationships, but I never let myself get lost in them. I can’t stress enough how important that is. 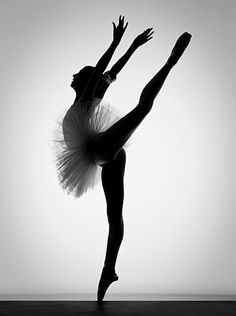 I have learned so much about myself since that first relationship. I know that I am very independent and self-reliant. If I guy gets too clingy, I’m out! I can afford to pay for my own dinner, but I want the guy to pay, whether it’s a cheeseburger or a filet mignon. I hate football and will not watch football for a guy. He can have his alone time with the game, but don’t expect me to watch it. I know that I deserve to be treated with respect and I want to be important to someone. (This goes for relationships AND friendships..) I want to be given flowers just because and I want a guy to always get me a birthday present! Also, I hate to admit this, but if my parents don’t like a guy I’m dating (look away if you’re reading, mom!!) there’s probably a reason. I like a man who dresses well and wears good shoes. I love going to the ballet and the symphony, but I CAN go by myself. I know who I am and I will NOT settle for anything less than I deserve. If I end up 50 and still single, I’m totally okay with that. I’ll see the world in the meantime and have a pretty awesome life.

If you’re reading this and you’re struggling with confidence, my advice is to get to know yourself. Date some wrong guys (that’s where you really figure out what you do and don’t like). Find one friend who you can trust completely. I know I would have gone into some dark places if I didn’t have my best friend encouraging and supporting me. Also, don’t ever get into a relationship just because all of your friends are. Be unique.

You deserve so much and don’t EVER settle.